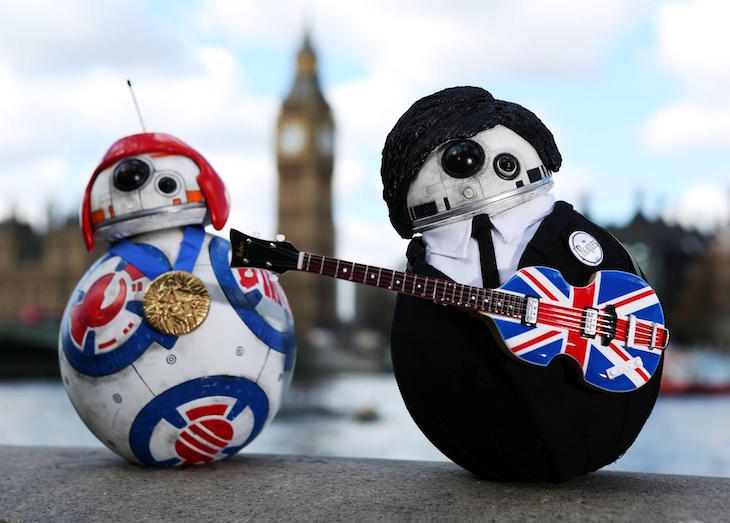 This summer, I saw Paul McCartney in concert for the first time. Though he was ostensibly promoting a new album, the show fit neatly into what I understand has been Macca’s live performance template for years, if not decades: a few new tracks and a deep cut or two, all buried within a hard day’s night of hardcore Beatles fan service.

The most famous living ex-Beatle and the Star Wars franchise share a rarified space in the cultural consciousness: a McCartney concert and a new Star Wars movie are creative undertakings that are ultimately, on some level, about themselves. Therefore, the question to ask is not, “is this mere fan service?” Instead, let us ask, “is this fan service created with love rather than cynicism?” “Does the creator still take joy in the work?” “Is the audience respected?”

With this approach in mind, you can either be the guy walking out of Dodger Stadium grumbling because “Dance Tonight” is corny and why doesn’t Paul do more Tug of War material, or you can be the guy whose spirits are sublimely lifted because damn if he can’t still sing “Hey Jude,” and for one night, your voices were joined. Similarly, you can walk out of The Rise of Skywalker incensed and insulted over any number of plot inanities (they are legion), pandering contrivances (they are constant and shameless), or unmet expectations (they are inevitable), or you can give over. When Ringo came out for the encore this summer at Dodger Stadium, did I feel pure, unadulterated joy? No. This kind of joy is cut with peculiar strains of disappointment, melancholy, embarrassment, even. But it is joy nonetheless. The Force is calling to you. Let it in.

Suffice it to say, Ringo appears again and again in The Rise of Skywalker. As many have noted, this is a film that features dead actors playing living characters and living actors playing dead characters. This summer’s Yesterday did bring John Lennon back from the dead (spolier alert — too late, sorry) but if we wish to extend the Beatles analogy here, Skywalker not only brings John back, it brings back George, Pete Best, Stu Sutcliffe and the Maharishi, too.

I am pretty sure that at least one of the long-lost actors who pops up was reading his lines off cue cards taped to the chests of his scene partners — I’ll let you guess who I’m referring to — but what does it matter?

It doesn’t, really, because it is the overall execution that matters most here. I am an unabashed Last Jedi fan, and Skywalker does not come close to that film in terms of personal style and a willingness to bend the narrative in interesting, forward-looking ways. J.J. Abrams’ galactic wheelhouse is preservation and celebration, not subversion. Skywalker does leave a bit of a bad taste due to its almost algorithmic hitting of beats, tying up of loose ends and resolving of call-backs. Your emotions will be roused and yes, you will feel manipulated, but all in all, we still feel that we are in the world we wish to inhabit when entering a darkened theater to see a Star Wars Movie. It looks right, and for the most part,  feels right.

Abrams takes on the near-impossible task of ending this latter-day trilogy in an acceptable fashion and largely pulls it off. I have spent my entire morning reading online takes, which are multitudinous and often valid, but here we risk falling into a “what if” Sarlacc pit. Like a McCartney concert, this film honors the many years its fans have lived with and loved the source material. It is not cynical (unless you think too deeply about the never-ending Disney IP cycle this film must surely be a part of; Disney as Empire analogies are difficult to resist here) and it is not perfect. But it might make you feel good, if you let it. And you know that can’t be bad.

8 thoughts on “The Rise of Skywalker is a Paul McCartney Concert. Let It Be.”