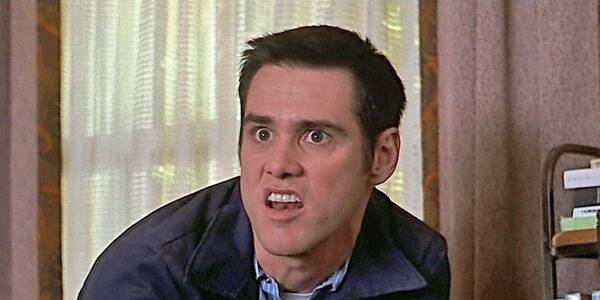 “I cannot sanction your buffoonery.”

Tommy Lee Jones to Jim Carrey, during the making of Batman Forever

We get things wrong sometimes. Cezanne was rejected by the Salon; The Beatles, turned down by Decca Records. Roger Ebert gave The Godfather Part II a middling review.

But the arc of the moral universe is long and bends toward justice.

More on that later.

First, let’s take it back to the early nineties. “It was,” to quote Goodfellas for the first but not the last time today, “a glorious time.” I was in middle school, a period usually defined by insecurity and conformity. But from 1990 to 1993, weirdness ruled. Grunge took over the airwaves, and every Sunday night, bizzarro comedy was zapped directly into the heads of impressionable young viewers, courtesy of the Fox Broadcasting Company: The Ben Stiller Show, Get A Life, Parker Lewis Can’t Lose, In Living Color, Married…With Children, Martin (Thursday nights at first), hell, even Herman’s Head was doing some out there shit.

It was a murderer’s row of absurdism, alienation, vulgarity and satire. And it introduced the world to Jim Carrey. Instantly recognizable as In Living Color’s resident white guy, he was also its resident extraterrestrial. His otherworldliness was immediately clear, and not only via the rubbery face and body that could be manipulated into any outlandish expression, seemingly at will. Although that, of course, was remarkable. Think of Fire Marshall Bill, with his huge teeth and demented eyes; it was as if Carrey was somehow baring his skull. His sum talents immediately stood out as superhuman, and catching him on the ascent, just before the world found out, was thrilling.

And for any middle schooler who felt that they had weirdness within them, something deep, something beyond class clowning, Carrey was a revelation. He gave us permission. If you were a kid who just “couldn’t help it,” well, here was a guy who really, really couldn’t help it.

He sanctioned our buffoonery.

I think of Ace Ventura as a soft opening for Carrey’s movie star career, a rough draft. Love it, but it never hit the sweet spot for me the way Dumb and Dumber did. Here’s one reason why: the special thing about Carrey is that his work is uncynical. Comedy people don’t always like to admit it, but it’s an artform based, at least partly, on meanness. A guy slips on a banana peel, we laugh at him. But meanness is the least suitable of the vast energies channelled by Jim Carrey. Pompous Ace Ventura was hilarious, guileless Lloyd Christmas was a masterpiece.

I never really dug The Mask, either. You don’t turn Jim Carrey into a cartoon. Dude is a cartoon. Hat on a hat. Ditto his prosthetics-heavy later work, such as The Grinch and Lemony Snicket (Okay, I’ve never actually seen Lemony Snicket, maybe it’s spectacular).

Which brings us to The Cable Guy. Directed by Ben Stiller, produced by Judd Apatow, written by Lou Holtz (no, not that Lou Holtz, but isn’t it fun to pretend?).

As we all know, audiences weren’t ready for this version of Jim Carrey. But they also weren’t ready for Ben Stiller the director. His movies have a level of nuance and intelligence that move them beyond broad comedy while still getting broad comedy laughs. Check out Tropic Thunder–there’s a lot going on there. And as slinky psychopath (or thlinky thychopath) Chip, Carrey turns in a seriously great performance–a goofy, more sympathetic version of Mr. Ripley. Every bit as narcissistic and creepy, far less competent.

You know how we fall all over ourselves when the Daniel Day-Lewises of the world put on a voice and change their physicality for a role? Here’s a secret: comedic actors do it naturally, and do it better. They live in a country that dramatic actors only visit to get awards. Which is why I think Daniel Day-Lewis should give all his Oscars to Jim Carrey. Sign the petition here.

Next Time: On Finding Yourself in Movies, Part 3: The One That Says Bad Motherf#%*er

2 thoughts on “Sanctioning Buffoonery: On Finding Yourself in Movies, Part 2”