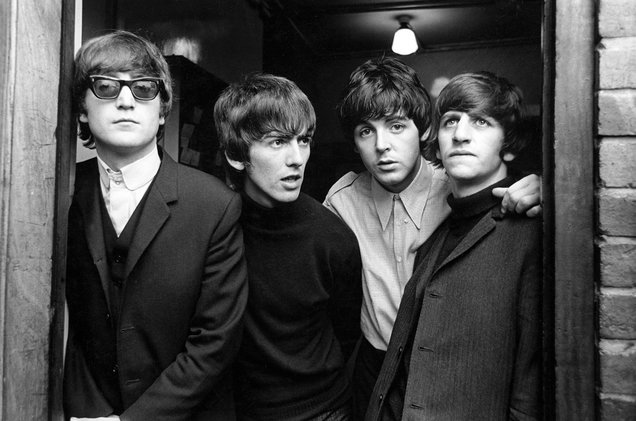 “All their songs sound the same.”

– Stanley Michaels, my elementary school classmate, on why The Beatles “suck,” ca. 1989

“You have to understand that we had never heard anything like that before.”

“Honey, I love you, but I really can’t talk about The Beatles anymore.”

It is early 2001 and I am a college student in New York City. One afternoon, I wake from a nap in the student union, surprised by the presence of a cute, bright-eyed girl I happen to have a crush on. She puts her headphones over my ears in a playful, wordless gesture. I hear unfamiliar piano strains. Understanding that I am meant, at all costs, to look cool here, I feign misremembering: “Oh this is–?” I snap my fingers pathetically.

You know, right on the tip of my tongue.

“It’s ‘Let It Be,’” she says, bright eyes dimming slightly.

I was born in 1979 and thus am a “second-generation” Beatles fan. My early memories of them are vague and contradictory. The mop-top haircuts and suits were old and uncool; their early work–anything pre-Revolver, really–sounded dated, of another era. Yet, I was simultaneously aware of the other Beatles–Yellow Submarine, Lucy In The Sky With Diamonds, long hair and strange, colorful costumes. But there was no through-line, nothing connecting it all. The constellation was, as yet, unilluminated. I had no older siblings to guide me and was not nearly cool enough to seek out Beatledom on my own. With only a passing, fragmentary knowledge of their music and various creative epochs, I ended up on a well-worn path: I got to college and someone hipped me.

Which leads us back to the girl with the bright eyes.

This was the golden age of Napster, Limewire and Morpheus. I went home to my boxy, ten-pound laptop and began randomly, indiscriminately downloading Beatles tunes. There was no rhyme or reason–Every Little Thing here, Dig A Pony there, Let It Be, Michelle, Eight Days A Week, Happiness is a Warm Gun.

It was messy, but it was a start. My eyes were opening. Hey, turns out this band–what is it again?–the?–the?–oh, right “The Beatles,” thanks–turns out they’re pretty good!

The next time I see bright eyes, I’ve got things to talk about.

Within a few months, she is my steady girlfriend. We housesit a friend’s apartment in Brooklyn one weekend. The friend has a vinyl copy of Magical Mystery Tour. I put it on one night and am immediately bowled over, knocked directly into that cosmic dimension to which only the Beatles hold the key.

Those Northern ‘R’s, conjuring a whiff of Celtic paganry.

I get into “I Am The Walrus” in a big way. I marvel at how current, how now it sounds: the hip-hop drums, Lennon’s acid-dipped vocals, the spooky-soaring chord progression, and of course, the bizarre, menacingly hallucinatory lyrics.

“Uggh, I hate this song,” she says, rolling those bright eyes dismissively. I believe her to be joking and tell her so.

“I hate it and I always have. It’s so ridiculous. I just think it’s so corny. Have you heard the Jim Carrey version?”

“It’s so great. He’s just like making fun of how ridiculous the song is.”

There is something deeply wrong here.

I have remade myself in her image, only to find out…

She doesn’t get it.

Like the flower children turned suburban squares of my parents’ generation, John Lennon is showing me the way, and like them, I will choose to ignore it.

The years-long toxic relationship to follow will underscore a hard-won truth. Allow me to paraphrase John Waters: if someone doesn’t like The Beatles…

I went years–decades, if I’m honest–thinking “Come Together” was an Aerosmith tune.

Ditto “Something.” For years, the only version I knew was the one Fat Elvis did on his 1973 “Aloha From Hawaii” TV Special.

1994: I am watching MTV, specifically Stone Temple Pilots Unplugged. My grandmother walks in, remarking, “that fellow sounds like a dying cow. The Beatles, they had good voices.” I roll my eyes and turn up the volume.

1996: I am driving with a friend, Joe. Having watched the Anthology the night before, Joe shares–with more than a little reverence in his voice–some new knowledge:

I have never heard the song “Hey Jude.”

I am nearly old enough to vote.

1998: Wyclef’s “Gone Til November” is everywhere. I like that “Michelle, my belle” part. What a fun little turn of phrase he came up with.

Next Time: Into a Dream: Chasing The Beatles (5)