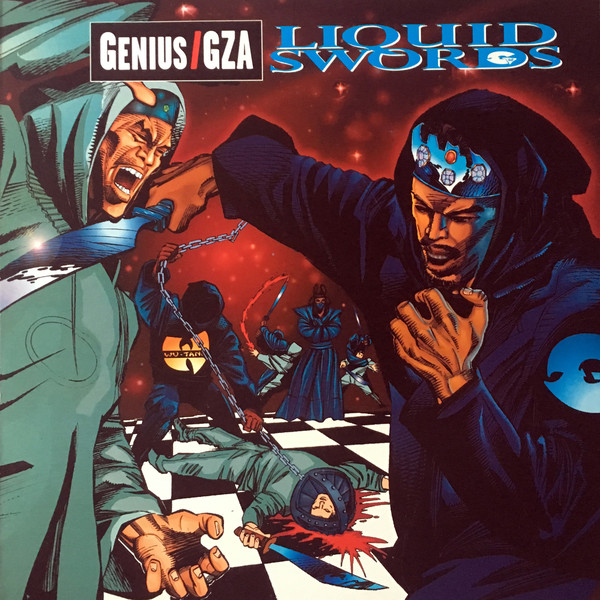 “Time–it’s the worst damn thing in the world.”

Time draws out our deepest regrets and fears, shepherding us, inevitably, to our own execution.

And even worse, time forces us to watch our icons become uncool.

I liked Wendy Davis but come on.

Anyone unlucky enough to have missed a certain stretch of the mid-90’s will never understand just how pervasive the Wu-Tang Clan was.

Wu-Tang did not just make music, they created a world; one that was bizarre, cinematic and actually scary.

Before mankind’s immense oddity was immediately accessible at every fingertip, ODB was a character both fascinating and frightening (remember that for most of his public life, his name was straight up Ol’ Dirty Bastard).

And before the entire world’s cultural knowledge was stored in every pocket, Wu-Tang, seemingly without precedent, conjured a deep pop-criminal fantasia out of gangster lore, Kung-Fu flicks, vague mysticism and New York asphalt. Their music came from a fevered, obsessive place, sticking in the mind like a lurid comic strip.

They were like Tarantino if Tarantino could fuck you up.

But Tarantino is a singular entity, an auteur. Wu-Tang was a true collective in a genre obsessed with individual achievement.

And like that Fab collective that preceded them, even their place of origin was Other, Staten Island playing Liverpool to Brooklyn’s London.

And if we wish to extend the Beatles analogy–and I never met a Beatles analogy I couldn’t stretch to the breaking point–the GZA was George: the Quiet One who could eviscerate you with understated precision.

We all remember, “Swingin through your town like your neighborhood Spiderman,” but what about this seeming throwaway:

First of all, who’s your A&R? / A mountain climber / Who plays an electric guitar?

A closer look reveals a three-tiered dis of record labels, other rappers and White People in general via one bit of precise comic imagery.

Or how about this one, from “Hip Hop Fury,” off the largely B-level Under The Surface, an album I never think about until my Apple Music starts autoshufling and unexpectedly blesses me with a gem like this:

You see, these are dispatches from a time before the skinny jean wearing and Hip Hop listening crowds overlapped.

There were no V-necks in rap.

There was no skateboarding in rap.

Rappers didn’t wear tank tops unless they said “Hanes” on them and went by problematic nicknames.

You were better off wearing your winter coat at all times.

Swords was one half of a low-key taste test heads used to administer: “Cuban Linx or Liquid Swords?”

The former refers to Raekwon’s 1994 masterwork, Only Built 4 Cuban Linx…

Though GZA and Rae were both part of the same 9-headed monster, their individual styles were fire and ice. Or more aptly, cocaine and weed. Rae literally rapped about coke–like, a lot–but he also had the aggressive flow to match; GZA conveyed a smokey head trip, at times Gothic in its sense of foreboding.

Peep the beginning of the entire album, a clip from Japanese samurai film Shogun Assassin in which a creepy, too-calm-sounding kid relays a strange story involving beheadings and devil-infected brains.

In 2020, this is just another piece of found culture, identifiable and categorizable within a few clicks. In 1995 it was unspeakably weird and constituted secret knowledge: if you knew, you knew.

And if you didn’t know, you damn sure wanted to find out.

From there, we slide into an upbeat R&B sample, RZA and GZA introducing the track by way of verbal ad-lib, keeping us on familiar rap footing. But then the sample fades into a choppy minor-chord guitar stroke that loops endlessly, literally evoking the slash of a (liquid) sword. The album’s eponymous opener provides enough bounce to be a fun listen while suggesting the darkness still to come.

That darkness comes shining through on the first line of the next track, “Duel of the Iron Mic” (again, imagine reading a title like that in 1995):

Big up yourself? Check.

Big up yourself while referencing The Shining? Also check.

I actually doubt GZA was intentionally referencing The Shining–in fact, it’s a connection that just came to me, but that first line has stuck with me for 20-plus years as a near-perfect 5 Word Story:

Did I mention this guy is a good writer?

[Editor’s note: It has subsequently been brought to my attention that GZA actually based this line on childhood incidents in which neighborhood peers were killed and/or de-limbed by moving elevators. 1) Ugggh. 2) I think I’ve read something somewhere about great artists making the personal universal…?]

“Duel” is also our first exposure to the jangly, discordant, bad-dream sounds that so definitively signify a RZA production, but here they are matched with a driving bass line and a manic chorus courtesy of O(l’)D(irty)B(astard) that keep the track urgently moving forward.

From here we progress through a series of bangers, notably “4th Chamber,” whose blazing, horror-movie backing track is RZA’s handiwork at its finest, and of course the sublime “Shadowboxin’,” a minor classic featuring Method Man at his icy coolest.

However, it is the combination of two tracks in particular, “Cold World,” and “Killah Hills 10304,” that elevates Swords to the status of something really special.

They are the kinds of tracks you don’t really come across anymore–novelistic third-person accounts of street life, not so much narrative as episodic and atmospheric. Both are built around simple but effective keyboard hooks–in “Cold World” it is a melancholic melodic phrase sampled, oddly enough, from a Zappa tune; in “Killah Hills” a demonic synth riff, ascending in key with each repetition.

“Cold World” retains the most power upon relistening. Here GZA & RZA summon an urban landscape of nihilism and violence, unspeakably real and yet, in keeping with the greater Wu aesthetic, somehow a bit theatrical–in this track one can actually feel an otherworldly wind blowing a sort of all-pervading evil though the streets.

This simple inversion of a well-known introduction sets up a world that is the nightmare opposite of mainstream America, and within its darkness, GZA characteristically weaves hard realism around bits of cryptic argot:

Beat n—-s toothless, physically cut up like gooses / But with iron on the sides, thugs took no excuses / Therefore, your fifty-two handblocks was useless

One of my favorite lines:

It’s such a beautiful little piece of writing that tells so much about the world we’re in, one where even the stout-hearted workingman falls victim without reason or remorse.

All of that said, this track really belongs to Inspectah Deck. He takes the second verse and absolutely rips it. Here are a few lines that have stuck in my head for 25 years:

Some n—-s in a jet black Gallant / Shot up the Chinese restaurant / For this kid named Lamont / I thought he was dead, but instead / They hit a twelve year old girl  / In the head and then fled

Killah Hills paints a similarly grim portrait, but its imagery is cinematic, sketching out characters with names and backstories, and situating itself within a Gotham gangster mythology:

Like my man Muhammad from Afghanistan, grew up in Iran / The n—a runs a neighborhood newsstand / A wild Middle Eastern bomb specialist / Initiated at eleven to be a terrorist / He set bombs in bottles of champagne / And when n—–s popped the cork, n—-s lost half they brains / Like this ex-worker, tried to smuggle a half-a-key In his left leg, even underwent surgery / They say his pirate limp gave him away / As the feds rushed him, coming through U.S. Customs / Now look who’s on the witness stand, singing, a well known soprano / A smash hit from Sammy Gravano

New York in the 90’s. They don’t call this the Golden Age of Hip Hop for nothing.

Nevertheless, Swords does, eventually, become a bit of a slog. It has a few too many songs, every one of them a very full meal. There is little brightness to be found, nary a major chord on the entire album. And yet, it’s a fun listen. There’s joy there.

That’s how great these guys were when they were at the peak of their game. And though Cuban Linx contains more levity, more energy, I’ve gotta go Liquid Swords. It’s a singular accomplishment; a stygian masterpiece recalling a bloody, bygone New York that may have only been a bad dream.

One thought on “The Quiet One: Liquid Swords, Still Chopping Off Heads at 25”