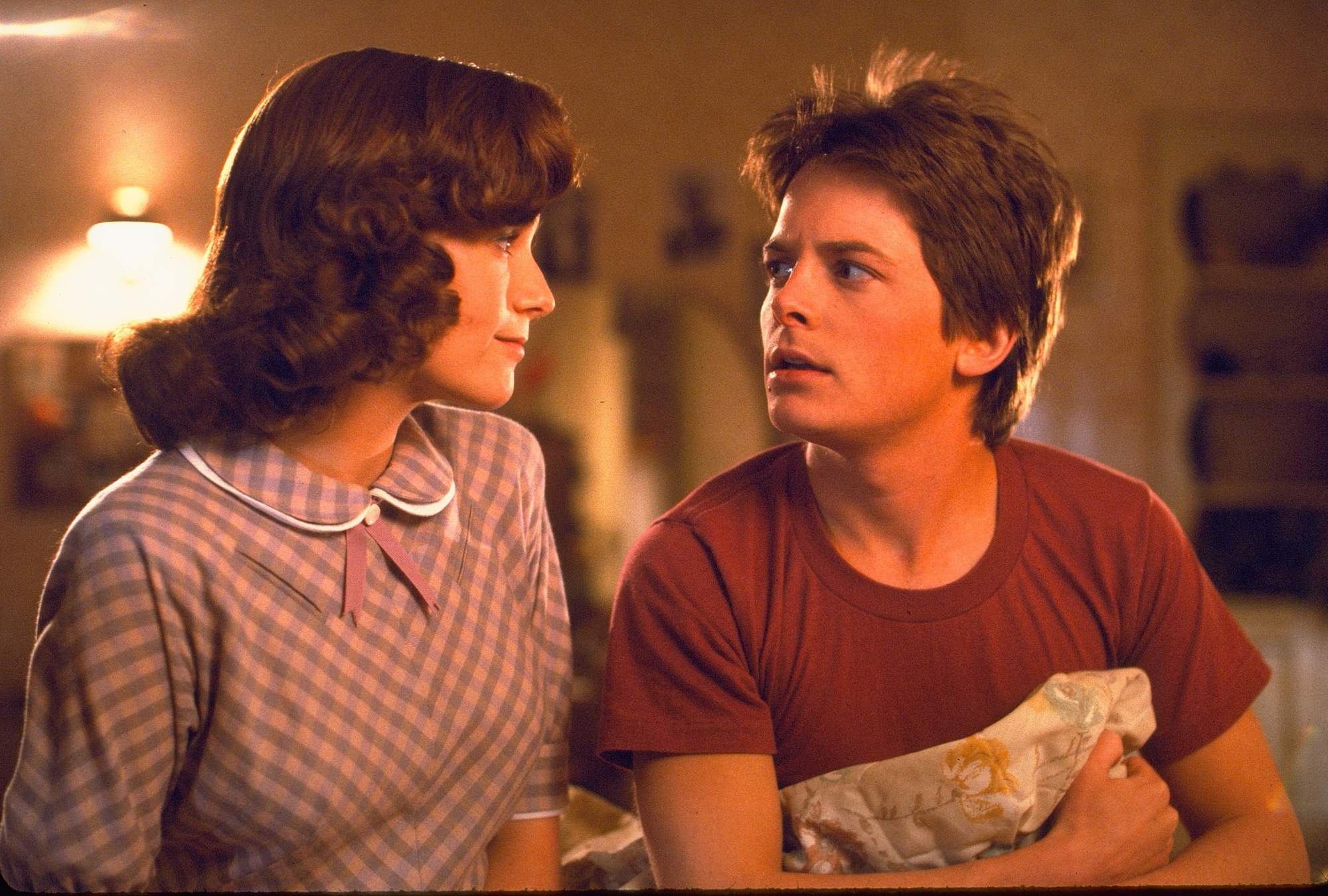 “My parents’ struggles, it’s the subject of my life; it’s the thing that eats at me and always will.”

In the summer of 1985, when Back To The Future was released, Bruuuuuuce was entering the homestretch of his monster Born In The U.S.A. tour, selling out arenas and spreading the Gospel of Rock n’ Roll via his latest, lightly synthed-up delve into generational disillusionment and dreams deferred.

His parents’ struggles may have eaten at him, but they moved records and hips.

And though we don’t all have the paradoxical good luck to spin familial dysfunction into artistic or actual gold, it may not be a stretch, in this post-Freudian world, to say that our parents’ struggles are the subject of all our lives.

And it may be no less of a stretch to say that this is especially true in postwar America, where adult life is inexorably linked to and measured against the preceding generation.

Such is the endless simulacra presented by the 1950s–an idea, just as much as the decade that followed, destined forever after to play some representational role in the American imagination; both symbol and referent.

And speaking of destiny, let’s get to the movie, shall we?

Back To The Future is a classic, while the era’s other time-traveling and parent-child dynamic-altering comedies–Peggy Sue Got Married, Like Father Like Son, Vice Versa–are forgettable throwaways, casualties of an irresistible, evergreen premise.

I submit to you that what Back To The Future had that its peers lacked was an elusive quality familiar (in theory at least) to anyone who has read a screenwriting book or ten.

I submit to you that Back To The Future is a classic, because unlike its peers, it does not ask you to imagine that you could change your own destiny, however tantalizing a hypothetical that might be.

It proposes a slightly different, yet infinitely more profound what-if:

It asks you to imagine that you could change your parents’ destinies.

It’s a simple but crucial distinction that, despite the broad visual comedy, the slapstick performances, the general vibe of breezy fun, grounds the entire movie in a place of real poignancy.

It’s generational healing by way of theoretical physics and–it’s done in half the time of a Springsteen concert.

Because make no mistake about it, the trauma runs deep in this flick.

Let’s not forget that the first act contains two scenes that, played differently, could make for the grimmest drama imaginable. Within the first 25 minutes (this script is tiiiiiight), Marty’s surrogate Dad, the wily Doc Brown, is graphically gunned down by terrorists while Marty watches.

And before that, we are treated to one of the most psychologically painful scenes a young man can witness.

George McFly’s emasculation in front of his son at the hands of Biff Tannen is as complete as it is pitiful; the transcendent character work makes it not only funny but iconically so.

Crispin Glover’s George is a masterwork of deflation and nervous tics, elevating Milquetoast to surrealist art (think about how much juice he wrings out of the rather un-juicy word ‘confrontations’).

And as Biff, Thomas F. Wilson turns in one of those performances so great it’s stigmatizing. I don’t care how nice a guy he might be in real life, some part of me will always hate this man.

And as Marty’s melancholy, drunken mother Elaine, Lea Thompson steers us into O’Neill and Albee territory. Beneath the humor, there is real pathos, which is why the movie wisely whisks us the hell out of there, leaving the fallen 80’s for the edenic 50’s.

This urge was ubiquitous at the time, in the form of 50’s nostalgia (for those too young to remember, there were years of our lives dedicated to the proposition that Elvis was secretly alive. We were, literally, unwilling to let the 50’s die.).

Perhaps every generation that reaches middle age is destined to force a cultural re-living on its time.

In the movies, it makes for plenty of opportunities for sight gags and fish out of water jokes (“You want a Pepsi, you’re gonna pay for it!” “Who the hell is John F. Kennedy?”).

When Marty meets “young” Doc Brown, Doc asks him what might be the most plausible, logical question one would ask of someone claiming to have arrived from the future: “Who’s President in 1985?”

I imagine the writers must have known they were onto something when a joke this good arrived readymade, dropped straight in from real life.

Synchronicity, as it were.

I don’t claim to know how to write a great screenplay (though I’ve certainly tried). But I do know that all those vague dictates about the importance of “story” are true.

Here’s how I know: for all its flying cars and Flux Capacitors, Back To The Future achieves its sci-fi premise via no effects more special than wardrobe and hair gel.

Its 1950’s setting requires nothing more magical than believability. As in any great genre piece, the genre trappings are there to support the story, not suffice for it.

It’s worth noting that Marty McFly’s story arc contains little to no personal stakes (that is, until he starts disappearing). He’s already a cool kid with a girlfriend (even if the lake trip is off) and a band (even if they are just too darn loud).

Ultimately, the story’s stakes are as simple as they are universal: what would happen if we could make our parents a little happier, a little more prosperous, a little more in love?

Read more cynically (and apparently it has been, by none other than George McFly himself), Back To The Future could be seen as a Reagan-era fantasy, a continuation of the 1950s’ magical promise, despite all evidence of its expiration.

But I don’t suggest reading it that way. It’s no fun.

After all, Springsteen is great, but sometimes Huey Lewis will do just fine.

4 thoughts on “Glory Days: Back To The Future”